Rockingham County was home to New Hampshire’s first European settlements, Pannaway and Strawbery Banke (Portsmouth). In 1623, only three years after the landing of the pilgrims in Plymouth, Massachusetts, David Thomson first settled New Hampshire at Odiorne Point in what is now known as the Town of Rye. By the mid 1600s, the county included three of the four original New Hampshire towns and was the center for business, trade and government for the entire state. The state capital was located in Portsmouth first, then later moved to Exeter and other towns. In 1808 the capital finally settled to its current location in Concord. 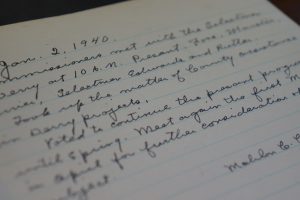 Rockingham County was eventually organized in 1769 and incorporated in 1771 as one of the five original counties and named for Charles Weston Wentworth, Second Marquis of Rockingham. Rockingham County is located in the southeastern portion of the state and contains all 18 miles of New Hampshire’s coastline. The county is bordered by Maine to the northeast and Massachusetts to the south. The overall land mass is 699 square miles with a population of nearly 300,000 (www.nh.gov/oep). The largest towns in Rockingham County are both in the western part of the county; Derry with an approximate population of 36,500 and Salem with an approximate population of 30,000. Businesses and industry most popular in the county include construction, electric, gas and sanitation services, retail trade, services and manufacturing.

Your real estate agent is the best source of information about the local community and real estate topics. Give Kevin Cooper of Bean Group a call today at 603-657-6787 to learn more about local areas, discuss selling a house, or tour available homes for sale.